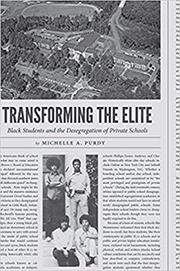 Of Note: Looking Back to Look Forward

Transforming the Elite: Black Students and the Desegregation of Private Schools by Michelle Purdy
University of North Carolina Press, September 24, 2018

In her expansive history of The Westminster Schools in Atlanta, Michelle Purdy tells a story that should resonate with independent school educators. Woven amidst an intense national policy landscape are the compelling narratives of the first students to desegregate Westminster. These stories stand out for the humanity they evoke, as well as for the chilling reminder that much of what they describe could happen in our schools today. Purdy (herself an independent school graduate who identifies as African American) describes the complex choice made by the families of these children as they sought the best in education, knowing the racism they would encounter as the first Black students in the school. Her explication of the complexity of the Westminster environment, one which professed to want integration while maintaining racist policies and practices, is ever-present and without question evokes our current state of affairs in private schools. All private school teachers, leaders, and aspiring leaders should read this book, not only for the history it provides about our schools, but also as a concrete reminder of the ways in which many of our institutions maintain racist structures held over from the pre-Brown vs. Board of Education world. In her epilogue, Purdy ties her analysis of this history to critical race theory, in particular, Derrick Bell's notion of "interest convergence." Private schools purporting to do equity work should be prepared to examine this idea, and Purdy's book paves an exceptional introductory path. 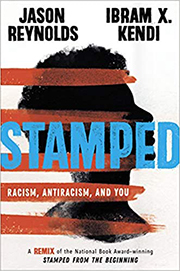 Jason Reynolds, currently the National Ambassador for Young People’s Literature, "remixes" Dr. Kendi's Stamped From the Beginning and explains the history of racism in America to his young adult audience. Labeling it "a book that contains history" rather than a history book, Reynolds explores how racist theories and ideologies have turned into law, influenced society, and are part of America’s white supremacy culture. He exposes racist narratives infiltrating systems that to this day contribute to inequities and injustices that negatively impact Black people and people of color. He uses Kendi's descriptors of segregationists, assimilationists, and antiracists to inform readers about important historical figures. Published months before the social justice demonstrations this summer, Stamped can be a "textbook" for children and even adults to understand racism’s past, recognize how it still exists today, and be galvanized to take action for tomorrow. While the text would complement what students come across in a history or social studies curriculum, teachers might also use it for small book clubs and to support DEIJ initiatives in their schools. Reynolds’s creativity will pull students in and then push them to pursue antiracist activism in their communities. 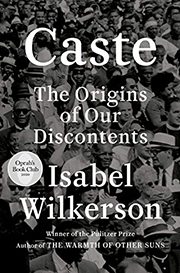 Caste: The Origins of Our Discontents by Isabel Wilkerson
Random House, August 4, 2020

As educators approach a school year that will challenge our courage, our stamina, and our fundamental beliefs, Caste: The Origins of Our Discontents comes at the right time. This book offers a powerful analysis of the systems of hierarchy that have brought us to the cusp of a national election where, even now, the question of the "eligibility" of a nominee persists because of her race and ethnicity. Author Isabel Wilkerson examines an American caste system rooted in race, class, and the other hierarchies we use to rank ourselves against others. She intertwines well-researched history and moving stories to compare America to two of the world’s most infamous caste systems: India and Nazi Germany. Wilkerson describes the structural pillars of castes and the process of systematic dehumanization that locks out the marginalized and then justifies their unreasonable treatment. The book skillfully links history and current events, making it a valuable resource for social studies educators. But it is ultimately a book of hope for anyone trying to better understand and interrupt oppression. It offers students a lens through which to learn about the roots of nationalism and the economic and social costs of the American caste system, and it helps to reinforce that we are not alone in our fight. We remain responsible to one another. 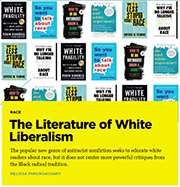 Antiracist books and readings have become a major part of schools' diversity and inclusion efforts, with a familiar set of titles emerging as touchstones. This review provides an important contextual framework for understanding works like Kendi's How to Be Antiracist, Oluo's So You Want to Talk About Race, and DiAngelo's White Fragility. By zooming out on the longer, more nuanced history of antiracist work and consciousness-raising around identity, power, and privilege, scholar Melissa Phruksachart provides a necessary critical and historical context for institutional and societal efforts to create a more just society. Read in concert with this article by activist Kali Holloway, Phruksachart's analysis will help educators and school leaders more deeply understand the obstacles to creating a more just, equitable society, one of which is ignorance of the efforts of previous generations of activists and thinkers. Indeed, this article will be especially helpful for those who are new to social justice and DEIJ work. While Phruksachart is critical of treating as ends in themselves the important texts referenced, her essay is a clear call to engage wholeheartedly and relentlessly in the work of addressing inequality and injustice. 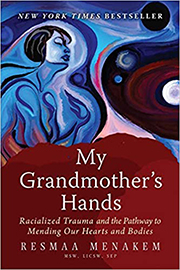 Though originally published in 2017, this book has gained a new elevation in light of the continued nationwide protests for social justice. For independent school teachers, Menakem’s text offers a way to understand trauma through our bodies as well as guided “body and breath practices.” Menakem exhorts the reader to not skip ahead or read around in the book; indeed, the exercises are a major reason why this book feels uniquely relevant to teaching at the present moment. Many of these exercises are making their way into adult and student affinity spaces and advisory lesson plans. For example, the chapter "The False Fragility of the White Body" offers historical context for the notion of Black bodily threat and white bodily fragility, names ways in which the failure to deal with this mythology appears in everyday comments and exchanges, and then presents a different set of reflective questions and breathing exercises for white and non-white readers. Menahem offers a guide toward mending trauma (individual and collective) through increased bodily awareness, providing a lens through which both students and adults can feel and name what is so often abstracted. Requests from adults and students for tools to meet this moment are frequent; this book offers a toolkit that can be put to immediate use. 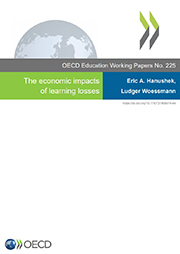 We know what we have lost. In human terms and learning measures, we have witnessed and experienced the grief and diminishment caused by COVID-19. Now, the Organisation for Economic Co-operation and Development (OECD), has weighed in with an economic opinion on educational losses. It could have been a report that further burdened educators. But the authors go beyond stating the financial facts of loss of face-to-face school time to suggest an inspiring conceptual frame for creating better schools going forward. They raise up the value of making available to all teachers the newfound, COVID-necessitated technological experience; of assessing effectively where each student is in coming back to a new school year; and of acknowledging that COVID affected students in unequal ways that now call teachers to respond in more individual ways. The report is both a sobering and inspiring read, clear in its message and concise in its recommendations about the need for schools to be different and better today than they were when they closed their doors in March 2020. 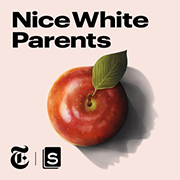 Even with the Best of Intentions

This summer, the podcast Serial and the New York Times teamed up to create "Nice White Parents." This five-part series, hosted by Chana Joffe-Walt, is an in-depth look at one public school in Brooklyn. Using incredible research and journalistic skill, Ms. Joffe-Walt creates a case study for what happens when a school, a district, and a system cater to white families in both intentional and unintentional ways. It is a fascinating history that explores how white families, even with the best of intentions, can have a detrimental impact on the schools they mean to support. In one of the most powerful examples of good intentions with a pointed lack of follow through, Ms. Jaffe-Walt interviews white parents who advocated for the construction of a school closer to a predominantly white neighborhood rather than in the heart of a public housing project because they believed it would lead to more integration. As it turned out, these same white parents chose not to enroll their children in the new school. "Nice White Parents" is a must listen for educators, parents, and policymakers who want a thoughtful, reflective, and well-researched perspective on the impact of white people in the spaces we occupy. 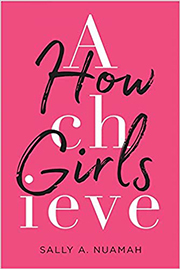 The Case for Feminist Schools

In How Girls Achieve, Sally Nuamah explores the obstacles that girls face in schools. She provides solutions to the question of how schools can become more supportive and equitable places for Black girls, in particular. Naumah draws her conclusions from her experiences in schools in the United States, Ghana, and South Africa. She argues that lecturing about grit does not help girls and that developing resilience is not a gender-neutral or binary phenomenon. Nuamah offers a solution for achieving equity when she boldly proposes “feminist schools” to dismantle injustice and combat inequities. The idea of feminist schools provides girls with achievement-oriented identities that will actively instruct them to challenge societal norms. Feminist schools teach Black girls the key skills of confidence building and tenacity and provide them with strategies that promote lasting achievement. Schools arguably are the most important institutions for improving the life trajectory of disadvantaged girls. Nuamah calls leaders to action and offers concrete recommendations to improve the standards and quality of education for Black girls.