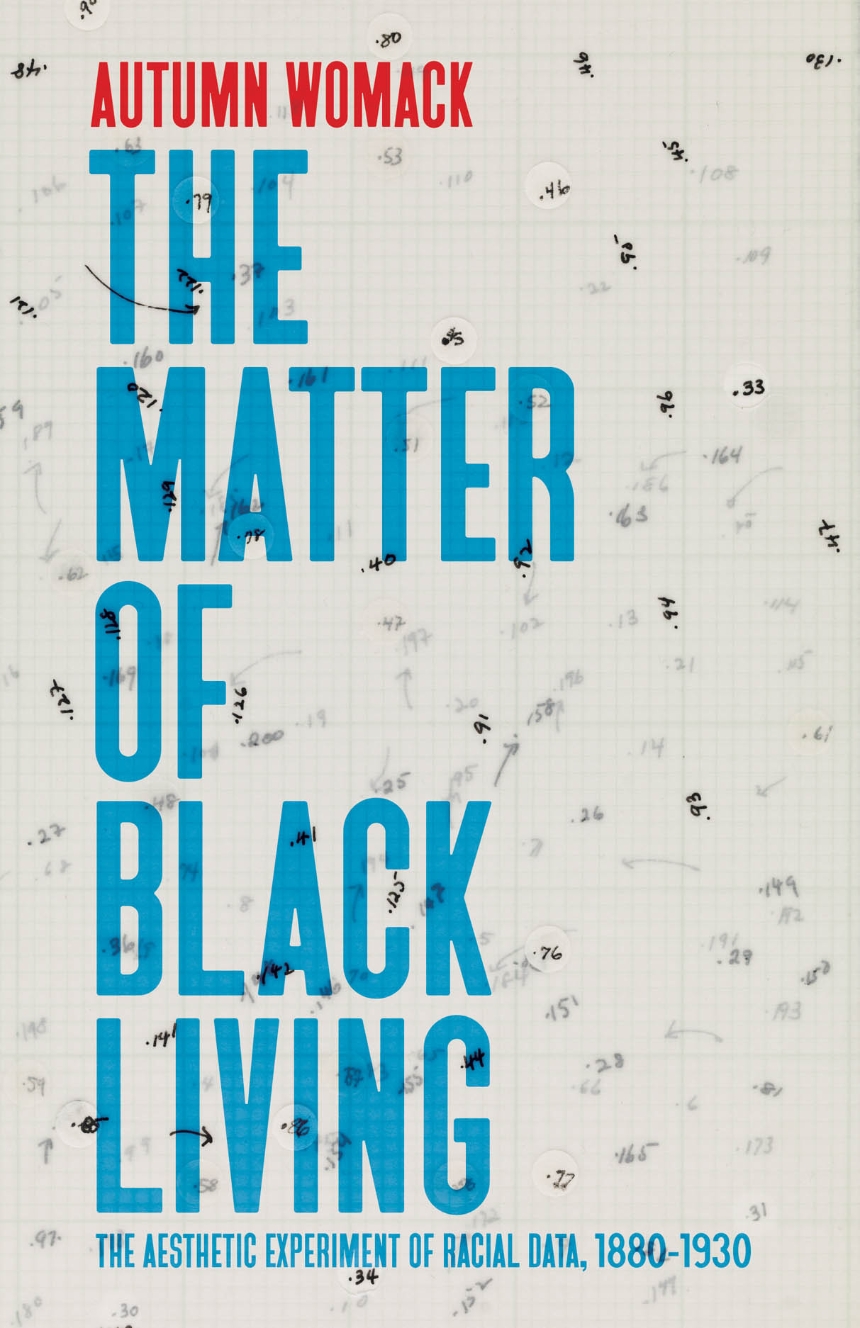 A Space to Rethink

The Matter of Black Living: The Aesthetic Experiment of Racial Data, 1880-1930 by Autumn Womack
The University of Chicago Press, April 4, 2022

In The Matter of Black Living, by critically examining the ideologies, information technologies, and data collection practices employed by the U.S. at the turn of the 20th century to enumerate racial demographics, Autumn Womack exposes the dissonance between black social life and historical racial data. Womack reminds us that data is both iterative and performative, and serves as a tool for knowledge and power. As such, her research of overlooked social surveys, photography, literature, and film challenges the validity of racial data collected between 1880-1930, a time when Black social life and data were asymmetrically and insufficiently cohered and shaped. Womack creates a space to rethink the breadth and depth of the social, cultural, political, and economic experiences in Black and African American communities during the time of Reconstruction and Industrialization. The Matter of Black Living reframes our understanding of diverse Black communities through an aesthetic lens defined by the works of Black artists, writers, and social scientists. Womack's cultural analysis skillfully illuminates the complexities within Black communities and employs art, literature, and social surveys to repeatedly undiscipline the racial data often weaponized against them. In so doing, she may just recalibrate the historical relationship between race and data in the U.S.