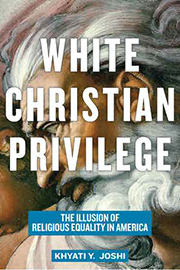 In this provocative work, Khyati Y. Joshi takes an intersectional approach to three related phenomena in the US: Christian privilege, Christian normativity, and Christian hegemony. Along the way, she shows that Christianity in the United States has historically been entwined with notions of Whiteness, and argues convincingly that the constitutional guarantees about religious freedom have been, in practice, mechanisms to reinforce particular Christianity-based understandings of religious faith and practice. Much of the book is an informed tour of American history, after which Joshi offers concrete suggestions on how to better see, understand, and even interrupt White Christian Privilege in our communities. In an era when many see a hostility between American Christianity and social justice and diversity programs, this book insists on a reasoned, thoughtful, and integrative approach that straddles the lines between ethnic studies and religious studies. Whether we agree fully with Joshi or not, this book will be a fruitful starting point and conversation starter for any school community that values – or claims to value – religious diversity.