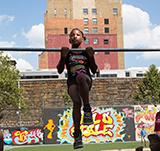 David Denby’s article offers a thoughtful and provocative response to the dangers of Angela Duckworth’s theories on grit as the determining factor for success. He contrasts Duckworth’s theories and her formula for achievement with Paul Tough’s work, which highlights the devastating impact of stress during early childhood on later educational success. Next to some of Tough’s insights, Denby leads, “Duckworth’s work regarding poor children becomes irrelevant or even unwittingly abrasive.” He posits that her singular focus on grit ignores numerous contributing factors of success, including talent, flexibility, resources, and luck. Denby argues that our greatest crisis in contemporary education is the inability to adequately serve the poorest members of society, and he outlines his concerns about using the grit scale as a meaningful educational measurement. Instead of promoting the metrics of the grit scale, Denby makes a case for the value of enhancing educational services and support for early childhood programming to provide better outcomes in closing the achievement gap between affluent and impoverished students.  What’s more, he urges us to continue to seek genuine understanding instead of settling for tautologies.