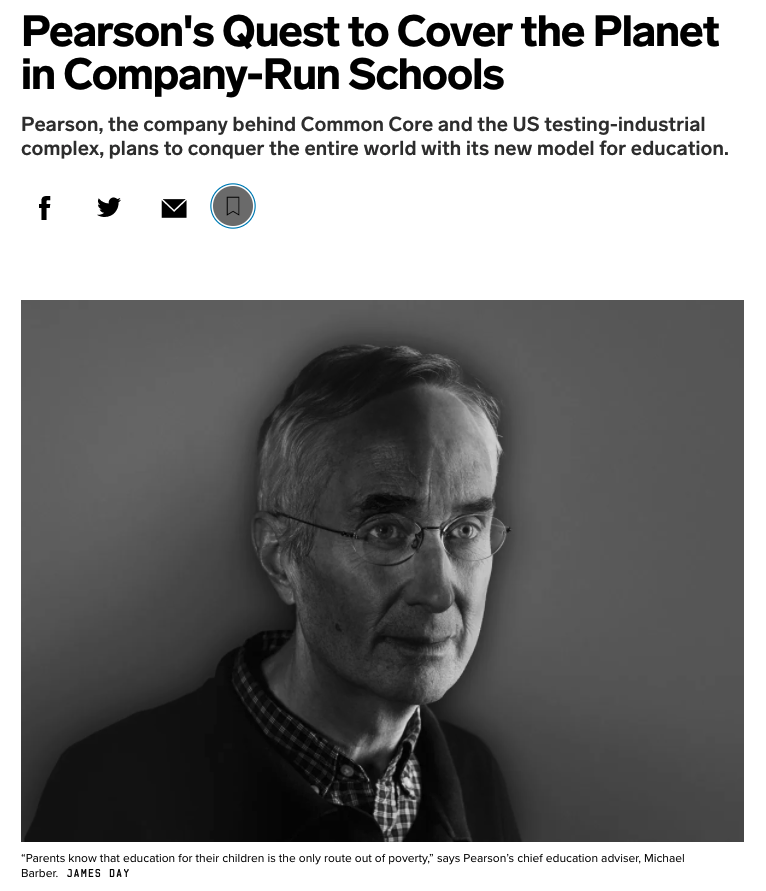 Of Note: Two Dollars a Day

Private for-profit schools that serve the poor are one of the fastest growing education ventures in third world countries. Where governments have failed to adequately provide schools, for-profit organizations are finding a way to do good with the hope of also doing well financially. Pearson, for example, the largest education company in the world, has partnered with local conglomerates in the Philippines, Asia and Africa to set up affordable schools for the poor, now serving more than 360,000 students. Charging as little as $2 day, they locate in cheaply rented spaces and hire less experienced teachers for lower pay than government run schools, but they use digital technology to deliver standardized curriculum, and they test students frequently to track outcomes and guide instruction. Subjects are taught in English, a major attraction to parents, and students tutor each other. The growth of privatized education has ignited a global debate with teachers' unions and human rights organizations arguing that fee-payment schools leave out the most vulnerable children who can't afford them and reduce pressure on the government to improve schools. For-profit providers argue that low-cost private schools are superior to existing public schools, where buildings may be decrepit, teachers often fail to show up and graft in school funds is rampant. This debate raises an important question for non-profit independent schools to consider. Absent the profit motive, how might the independent school sector leverage its knowledge to improve the quality of education throughout the world?