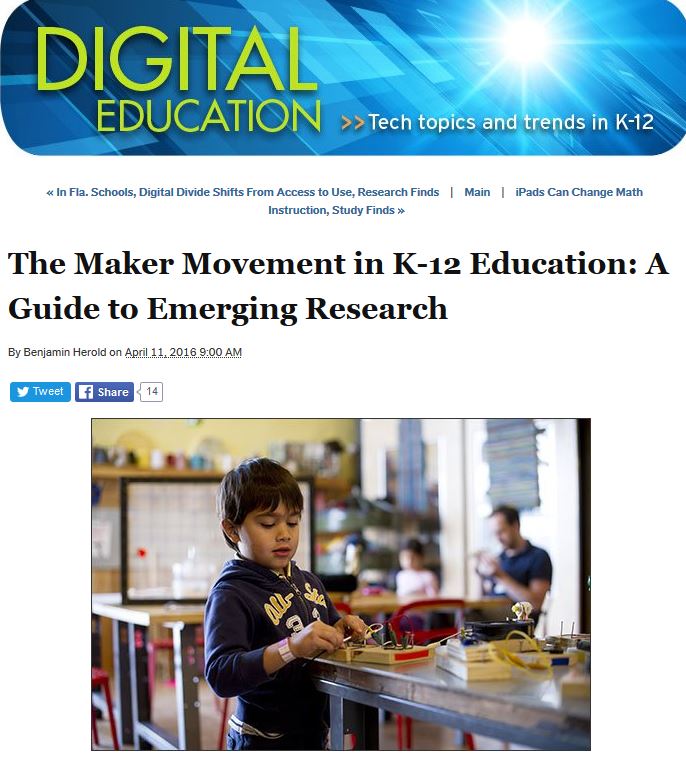 The Making of a Movement

This overview of recent books and articles about the vastly popular maker movement in schools helps synthesize "questions and tensions" borne of the fast-growing but little-researched phenomenon. Among other things, Herold's summary considers what the maker movement is, for whom (really and ideally) it exists and whether or not we know if it benefits learning. In his synthesis, Herold points to concerns about equity and access. For instance, he identifies both the privileging of white middle-class male students as makers and the potential pitfalls of requiring and standardizing "making," which is often described as optional, creative exploration. These resources explore maker spaces themselves, the hard and soft materials they contain (including 3D printers, laptops, e-textiles and power tools), as well as tensions around standardization. Herold's article helps to define the movement, including its contradictions and incongruences, to update educators on developments in the conversation about making and to distill some of the key questions to consider in our schools as we contemplate adding or growing maker spaces and programs.