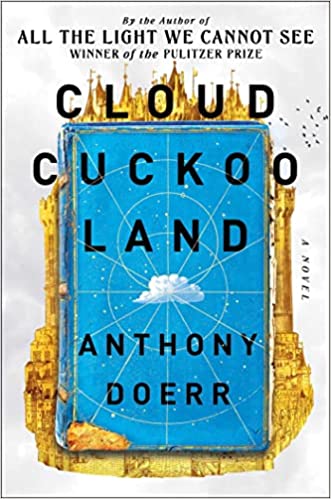 To Live, To Heal

"We tell ourselves stories to live," essayist Joan Didion famously said. At a moment in which it feels like the Omicron variant is aggressively rewriting what we thought we knew about living with Covid-19, Anthony Doerr's Cloud Cuckoo Land is a must-read story. Set in 15th century Constantinople, 20th century America, and onboard an interstellar ship called the Argos in the 22nd century, Doerr's masterwork of interconnected narratives at once discomforts readers as it soothes us. In the novel, we see our future world through the eyes of an adolescent girl, Konstance, as she educates herself using, and ultimately outwitting, a powerful computer named Sybil. Through the eyes of two boys living in Idaho during our own time, we see the perennial curiosity and propulsive loneliness of children in plain and often painful terms. But despite these difficult plot points, Doerr's novel is not only enjoyable for its narrative feats and lively storytelling, but also energizing, even hopeful. Perhaps that's because the thing that saves the book's children, regardless of where they live in space or time, is a ludicrous, Ancient Greek story about Aethon, the fool who wanted to leave Earth for a mythical city of plenty in the sky called Cloud Cuckoo Land. This story, discovered in a molding library by yet more courageous children just before the sack of the Byzantine Empire, only exists in fragments and suggestions, and in a language that few know how to read, even today. Its gestalt, however, is enough to delight readers through the ages and in doing so, to heal them. Ultimately, Cloud Cuckoo Land is about the infinite possibility that exists – not somewhere, out there, but right here, in all of us – if we just focus in and pay attention to our collective wisdom and shared humanity.